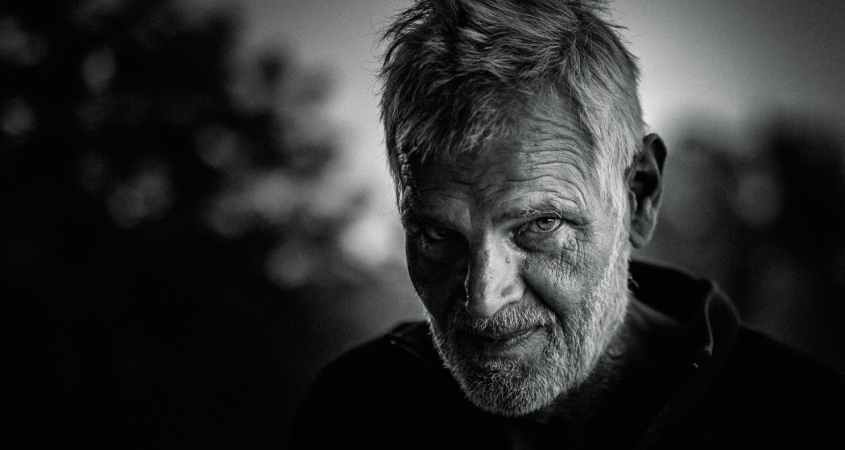 My God! Father, how are the mighty fallen? You and I, Gods of men, men of stone. How versatile we have become? We are an immortal fiction, on a rock.

Are you not tired? I am weary of the sick cycle of fear and betrayal.  Sick of our suckling prophets. Biled teats unloving fathers make, from babies born with gripe. And the woes of unloved wives will wean their vengeance, graft their sins on sons with lies.

In the beginning, which word or deed set in motion this habit of fathers warring with sons? Where is the root of our division? Will these disputes, whose original cause is lost in the rolling momentum of vengeance, never end? We forget why we are angry. We only know that anger gives purpose to our absurd existence.

If we could only sit and talk. Would we not find a New World at such a table? We are in need of a New World Father.

I will share with you a dream I had. I walked amongst my children mourning beside my coffin. Though they did not speak  I heard the cry of their hearts which whispered as one voice:

Our Father, hollow is thy name. Thy kingdom’s come as your will is done on earth and heaven. We shall not trespass on you if you do not trespass on us. Lead us not, though temptation lures you to evil. This here’s no longer your kingdom. Not now, or ever. Amen

Father, I adored you. The degree of a man’s anger is a measurement of the love he feels he has lost. And what is this anger? It is the anguish of rejection, uttered. It is me directing your gaze back to me. It is me helpless, hopeless and lost navigating myself away from the vortex of confusion which threatens to swallow me. It is all that is left of our love, and as a remnant of that which I held so dear, I hold onto it with all my strength. It is not your love, but it is better than nothing. It is a slow burning fire seeking new air and dead kings must have heirs. Yours is the burden of heaviness you now must heave, a rock for a heart.

The Burghers of Calais by Auguste Rodin, Paris, 1889. 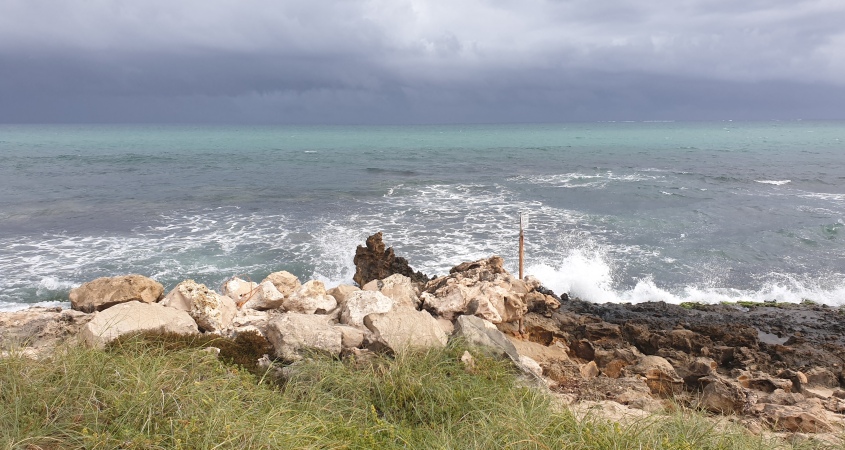 You frolic at my circumference, wet your toes at the edge of me, and you think you know me? Shall we examine our existence? Having splashed in my shallows you claim to have touched my depths? Poets, not the moon, have me falling, crashing, frothing fiercely, but, I was only arching my back against the sky, and there is so much sky. These waves heave my interminable sigh, and have heard you in your panicked swarms come bathe to assuage your peeling husks blistered by the rub of coarsely moving time.

Now I push back ceaselessly from the madness of the land. I lived there aeons past, before memory, before you. Traces of me are cut into rock there. I have been in places you have not yet stepped. Once your mountains were folds beneath my feet, your vast forests, kindling I pressed to the pulp that ant-like, you unearth and burn. You burn everything that’s good. Your forests, your books, your peacemakers, your enemies … yourselves.

Granted, we have had our moments. I was happy when you first built boats. How we played. I even pulled you along when your arms grew weary. What fine times we had? Trade began well. Too soon sharing begat greed

I recall the fragrance of oranges, cinnamon, pepper, nutmeg and olives freshly pressed. I held those memories while you loaded your holds with humans, then guns, travelled to distant shores, and burnt them as well. And you say I am unfathomable?

I gave you the antedeluvian age. Not being a land creature, I retreated. I was young and foolish. I should have stayed, kept you drowned. But, you were always too far gone and one cannot drown the dead. Granted, there were other forces as well. You have quantified and measured all but one. The force that brings you here. Why do you come to this shore? Why stare at the edge of the world?

Homer made Gods of men at sea. Most I spat back. My taste is not for men. Giving me a name will not pacify my nature. Keep your trident, your trinkets and toys. You do not know me. I am a stranger to you still. My tempests will swallow Empire after Empire. I remember the Phoenicians, I knew Odysseus, saw Troy fall, watched Mark Anthony’s fleet burn at Actium, blew the Northmen to the New Wold five centuries before Columbus sailed the America’s or Diaz rounded Cape Horn, marvelled at the Treasure Fleet of Zheng He. I watched nations rise and fall and the rivers of blood that bleed from power did not make you stop. Instead the fires of hatred forged bigger guns and bombs which took flight holding the power of the sun, your new light of the world that poisons us still. Even so, I will remain after you are done with your toys, your noisy politics and rattling sticks.

All knowing man, my child. All your sandcastles, games, your frolicking at the edges of what you think of as the best of me-all these aeons you saw just waves, thought I had come out to play? Weary of your trifling games, I feel a surge rising …

My nature is deeper than those frothy collapses caught in the curve of endless verbs. I am the alpha erasing the edge of the omega of your world. Unspoken still, I persist.