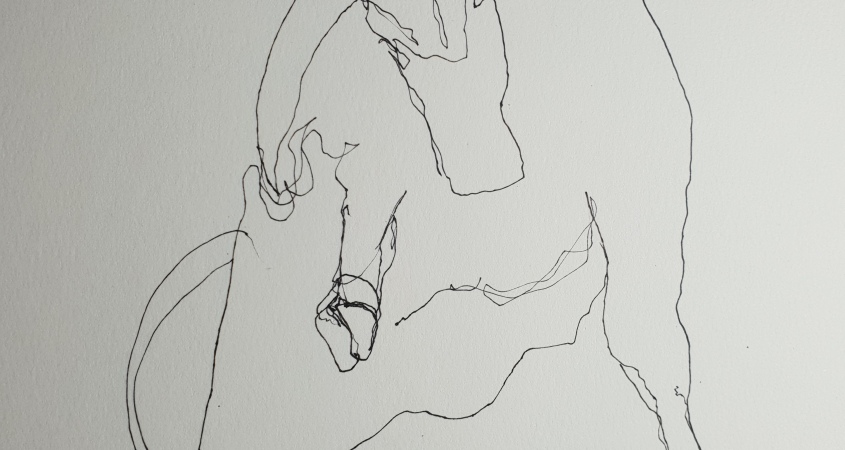 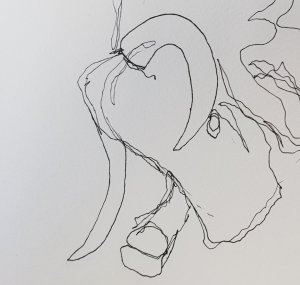 It is close. I swear it never really leaves. I know it. I call it, him. I sense when he is close. He has physical presence though he is not entirely physical. (When I face him my body reacts as if he were a physical threat. Notice I did not say as if he were real. He is real in the way photons of light and radio waves are real. Not seen does not mean unreal). I seem able to smell him. He smells like the ocean breathed in through a blocked nose. Like funeral flowers. The olfactory glands are swaddled in heavy velvet. I hear his patient breathing and the sound of his muscle tissue flexing. I hear the ripples of tension there, like waves under the skin. It’s like tinnitus of the soul. One would think that bulls like him would be rare in suburbia, but they are everywhere. I have encountered him in beautiful cities, on beaches, in gardens, even on aeroplanes. It’s why some people feel closed in when they are in empty rooms. Bulls take up a lot of space.

He has always been there, for as long as I can remember, that bull. I did not always know him as that. I named him to face him. Back then he was more of an abstract moment stretched between strange familiarity and an intimate void. It became easier when i named him. When he had become familiar. Then, instead of fear there was just numb anticipation. He, of course, always ran at me. It’s a terrifying thing to face the bull. The arena is in your mind, under your skin. There is nowhere to run. So, you stop running. You have to be really tired to stop running.

He is not always brutal. Sometimes he is just there. Menacing in the dappled sunlight of a morning in the park. Lifting the hair of a friend with his leaning breath. Reflected in the kind eyes of love. As if to say, don’t get too comfortable. You know that in a moment it’s just you and I. You are stronger now, but I am stronger still.

His is an erratic and fluctuating thereness.

This unutterable vacuum is the space that artists try to give voice to. They are like mime artists on pavements with begging hats. They are like those upside down yellow triangles you find in the countryside warning people of bulls. You could walk or drive the length of a country and never see a bull and conclude that the signs are from a different time and have never been taken down because of a lack of funds or some administrative sentimentality. One might, more accurately, conclude that the sign acted as a form of legal indemnity that prevents farmers and/or municipalities from being held responsible for any person becoming injured, or at worst killed by rogue bulls. It is quite likely that cows might also be hostile, I am no bovine expert. Facing a bull is in all likelihood as disconcerting as facing a cow. Both have horns. The word bull though has the connotation of danger. One associates milk with a cow. However, this, like all words is dependent on cultural context and, of course, experience. 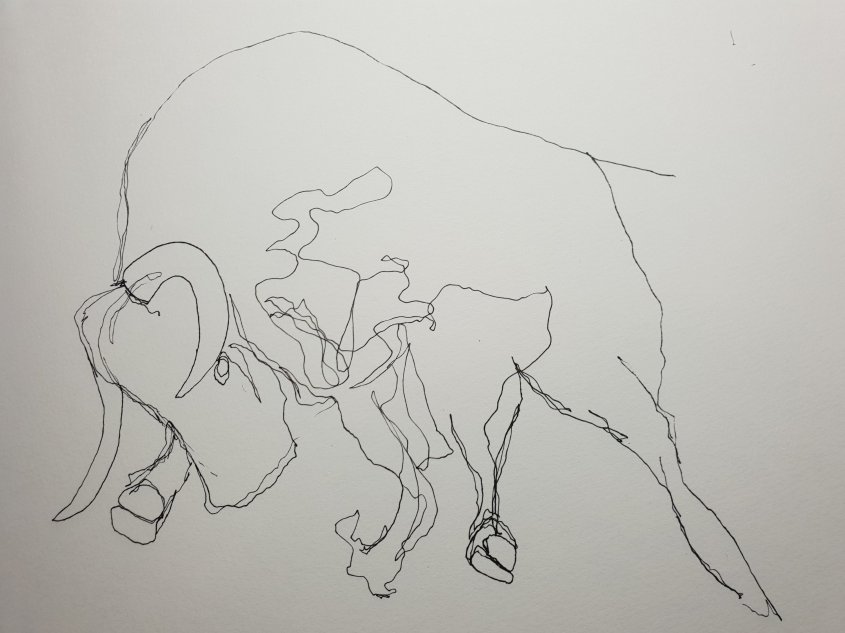 To use a word one should understand it. Anticipate how others understand it. Sometimes a word is used to describe something that is not fully understood. So it is with the word bull. Not as it is used to refer to the animal, but as it is used to describe a series of experiences. This is the first difficulty. When I say facing the bull I expect the reader to bring to their mind as many of the associations that they have with the word bull. Will I ever be understood? This is the risk of of speaking. Writing is another bull.

Maybe we are allocated a bull in the same way that some believe we are allocated guardian angels. The bull to prevent complacency; the angel to give us courage to face it again and again. Maybe I’ve faced the bull too many times to care about the consequences. Maybe I’ve discovered courage from the angel. Maybe I’ve just learned to respectfully ignore the bull. At full charge I turn my back on him and face the sea, breathe it in through clenched teeth. 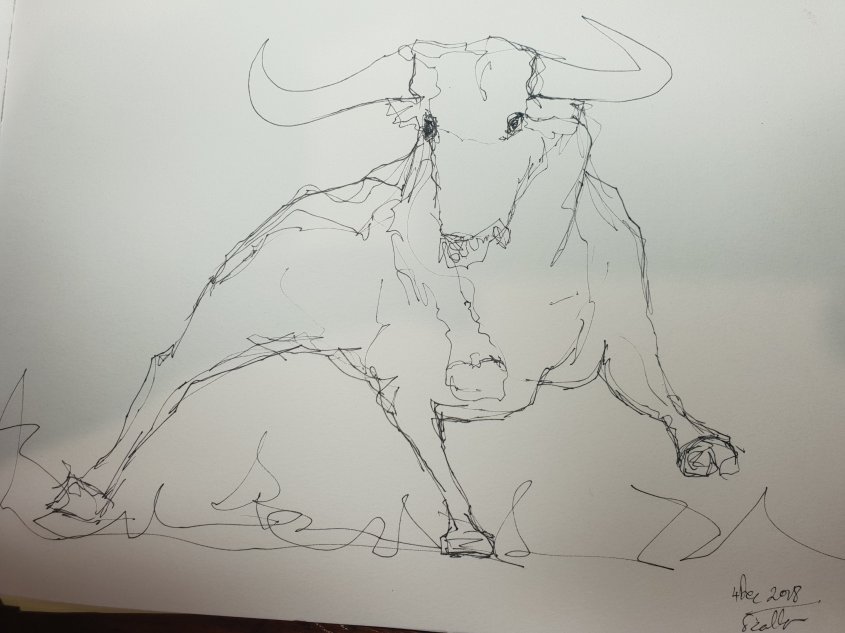 2 thoughts on “Facing the bull”